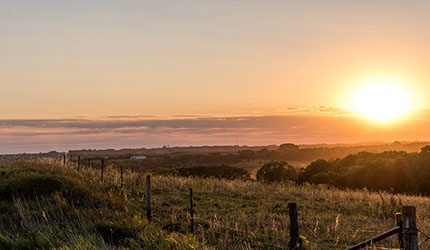 In the first part of 2020, the United States Environmental Protection Agency (USEPA) notified 125 property owners in the town of Bellevue, Nebraska of groundwater contamination that could be sending harmful vapors into their homes and businesses. The notification was prompted by the investigation of a former dry-cleaning business that operated from 1988 to 1992. Bellevue, the oldest town west of the Missouri River, is home to a population of 50,000 people, as well as Strategic Air Command and U.S. Strategic Command.

While in business, the dry cleaner generated an estimated 4,000 and 18,000 pounds of waste tetrachlorethylene (PCE), a dry-cleaning chemical, and its byproduct trichloroethylene (TCE). Short-term exposure to this colorless liquid can cause dizziness, drowsiness, headaches, and irritation to eyes, respiratory tracts, and skin. Long-term exposure can impact mood, memory, vision, attention, reaction time, and may even result in the formation of certain cancers.

The cleaners had a contract with a disposal company to remove the contaminants, which have the potential to migrate into homes and commercial buildings. The cleaners filed for bankruptcy in 1995. The first plume of PCE at the site was not detected until 2017.

Records indicate that the Nebraska Department of Environment and Energy (NDEE) completed Phase I and Phase II Environmental Site Assessments (ESAs) for the property in 2017, with a supplement ESA completed in 2018. “These investigations included sampling of soil, groundwater, soil gas, sub-slab soil vapor, and indoor air.” The assessments detected PCE and TCE, above their respective USEPA screening levels, the concentration limits that would be considered safe for human exposure.

Additionally, the NDEE conducted vapor intrusion sampling adjacent to and in the vicinity of the dry cleaner’s location. “Sampling PCE-contaminated soil gas in the subsurface soil vapors as high as 1.1 million micrograms per cubic meter (µg/m3), and PCE in the indoor air as high as 130 µg/m3.” This vapor intrusion testing found one residential property and five commercial properties with levels that “may present, an immediate human health risk.” The USEPA subsequently designated the area a Superfund site under the 1980 Comprehensive Environmental Response, Compensation and Liability Act (CERCLA).

Since last year, vapor mitigation systems have been installed in the residential and commercial properties to prevent further vapor intrusion and long-term cleanup plans are being developed for the town of Bellevue.

While the NDEE and USEPA do not know how the dry-cleaning chemicals got into the ground, a 15-block area in downtown Bellevue is now impacted by the groundwater contamination, in part because it took so long for the PCE plume to be detected. Unfortunately, there are many sites like this across the country. Response time is critical with these types of releases and timely, sensible intervention can prevent such releases from becoming subject to intensive remedial action for many years to come.