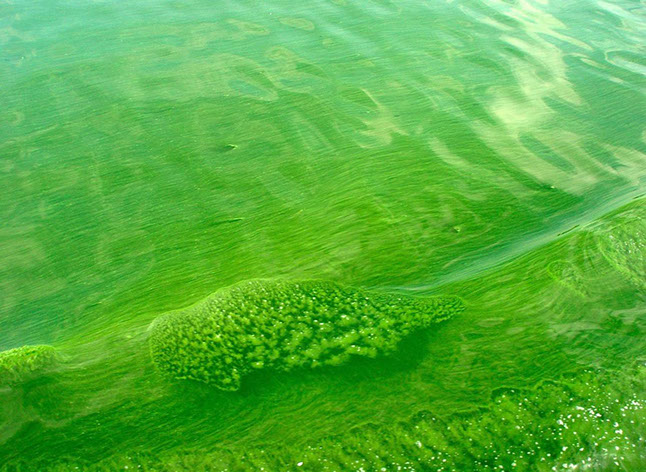 While a stagnant blue-green pond may not seem like an attractive swimming hole to most people, to dogs, it’s just another way to beat the heat. Unfortunately, what the dogs and many of their owners don’t realize is the blue-green algae bloom found on the surface of those ponds can be fatal to animals.

According to multiple news sources, water contaminated with blue-green algae has been blamed for the deaths of multiple dogs across the country, including North Carolina, Texas, Minnesota and Colorado. The sight and the smell of the water tends to turn humans away, but dogs will lap up the water, or can be exposed through dried up toxic algae on the shore of the pond. The symptoms within pets include seizures, foaming at the mouth, skin rashes, neurological problems, liver and kidney problems, paralysis, and death. One dog owner said her pet collapsed after getting out of the water, dying an hour later at a veterinarian’s clinic.

Val Beasley, A professor of veterinary, wildlife and ecological toxicology sciences at Pennsylvania State University was quoted in a New York Times article, “It happens every single year in the U.S. and around the world. A lot of times, the neurotoxins will kill the animal before they can get to the veterinarian. This time of year is when you have the most numbers of cases and people are out and about with their animals and the conditions are ripe for the cyanobacteria to grow.”

Tara Hammond, a critical care veterinarian at Tufts University, recommended, “If you suspect your dog has been exposed, rinse them off and seek vet attention right away. There's no antidote or reversal agent. If they received a toxic enough dose, some dogs will die no matter what we do, which is really scary.”

Cyanobacteria, or blue-green algae, blooms in warm, still water, particularly during the summer month. It can grow during other seasons however, and in “water with high amounts of certain nutrients, such as nitrogen and phosphorus.”  The only sure way to know that toxic algae is in a pond or lake is to have it tested. Unfortunately, not every state has an agency tasked with testing waters for high-levels of cyanobacteria, which can rise and fall above acceptable limits over a short period of time.