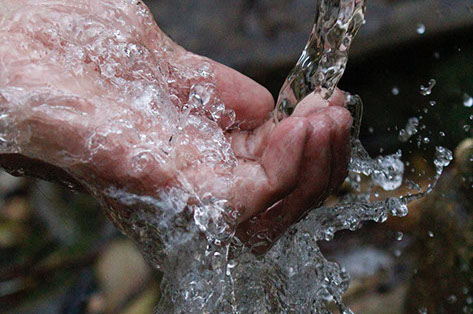 The U.S. Clean Water Act was passed initially as the Federal Water Pollution Control Act in 1948. The U.S. Environmental Protection Agency (EPA) reorganized and expanded the Act in 1972 when it officially became the Clean Water Act (CWA). The CWA establishes the “basic structure for regulating discharge of pollutants” into U.S. waters and the quality standards of surface waters. If an individual or organization wants to discharge a pollutant from a “point source into navigable waters,” they first need a permit. These point sources include pipes and manmade ditches.

Recently, the Supreme Court (SCOTUS) ruled in a 6-3 vote that the “discharge of polluted water into the ground, rather directly into nearby waterways, does not relieve an industry of complying” with the CWA. Justice Stephen Breyer wrote in the majority opinion, “We hold that the statute requires a permit when there is a direct discharge from a point source into navigable waters or when there is the functional equivalent of a direct discharge.”

The case in question before SCOTUS involved a sewage treatment plant in Hawaii, which argued before the Court that a permit was not needed to send wastewater deep into the ground instead of discharging the wastewater directly into the Pacific Ocean. Maui County was sued by environmental groups in Hawaii after studies traced the flow of wastewater to the ocean from wells used by the county to dispose of up to 5 million gallons of treated wastewater every day. Maui County and the Trump administration suggested “the pollution’s indirect path to the ocean put it beyond the scope of the Clean Water Act’s permitting program.”

The EPA had previously responded to the Maui case with a policy in 2019 that indicated any pollution that moves through groundwater to navigable waters is not subject to CWA’s permit requirements. SCOTUS ruling in the Maui case rejected the arguments presented by the county and the Trump administration, and forces the EPA to reconsider its 2019 response to the case. Whether Maui’s actions violate the Court’s “functional equivalent” test, and therefore the CWA, is now back in the hands of the lower courts and the EPA.

While environmentalists applauded the Court’s decision, utilities, energy companies, and other industries impacted the most by the ruling cited the “cottage industry of litigation” that will now move forward to try to define “functional equivalent.” SCOTUS recognized that its standard leaves gray areas about what’s covered under the Clean Water Act, but concluded “there are too many potentially relevant factors applicable to factually different cases for this Court now to use more specific language.”

In its response to the Supreme Court’s decision, the EPA wrote, “In holding that the Clean Water Act requires a permit for the addition of pollutants to groundwater if it is the ‘functional equivalent’ of a direct discharge, the Court unfortunately leaves some uncertainty for the public, including private property owners.” The ruling came a couple days after the EPA redefined “jurisdictional waters,” ending federal protection for millions of miles of streams, arroyos and wetlands, and raising concerns by public health and environmental groups about the potential for increased pollution in now vulnerable waterways.